What is the Carpal Tunnel Syndrome?

Carpal tunnel syndrome is a common cause of numbness and pain in the hands. The tendons in the wrist swell and put pressure on the median nerve, one of three important nerves responsible for aesthetics and movement in the hand. It is more common in women than men and affects up to 10% of the population.

Carpal tunnel syndrome is caused by increasing pressure on the median nerve that enters the hand through the limited space of the carpal tunnel. There are many reasons for its appearance.
Heredity is the most important factor.
The use of hands over time can play a role.
Repeated movements of the hands or wrist, ie when the same movement is repeated over a very long period of time.
Hormonal changes related to pregnancy and menopause.
Physical conditions, including diabetes, rheumatoid arthritis, and thyroid hormone disorder.
In some cases of carpal tunnel syndrome, there is no known cause.

- Numbness, stinging, and pain in the hand are common.
- Feeling of electrical discharge in the fingers or hand.

Usually the symptoms are on the radial side of the hand including the thumb, the index , the middle and the ring fingers, but they do not have to be limited to this side. The symptoms can appear at any time. The symptoms are more frequent at night and can wake you up from sleep. During the day, symptoms often occur when you hold something, such as a phone, or while writing or driving. Moving or shaking hands often reduces symptoms. Sometimes the pain will be reflected on the arm towards the shoulder. The symptoms initially come and go, but over time they can become permanent. A feeling of awkwardness or weakness can make subtle movements, such as buttoning, difficult. These symptoms can cause things to fall apart. If the condition is very serious and neglected we may have atrophy of the palm muscles.

Your doctor will make the diagnosis by discussing your symptoms and performing various tests during the physical examination. Depending on the findings, he or she may request x- rays of the area or electrophysiological studies such as electromyography and nerve conduction stydies to confirm the diagnosis and plan treatment. .

Surgery can be considered as a possible treatment if carpal tunnel syndrome continues to bother you despite conservative treatment. The decision for surgery is usually based on the severity of the symptoms and the electrophysiological studies. In your decision it is useful to know that decompression operations on nerves or nerve roots wherever they are performed (spine, elbow, wrist, thigh, ankle and elsewhere) if they are successful can ensure that the symptoms do not worsen. If the nerve is not pressed for a long time it has not undergone trophic changes and the chances for complete recovery are very good, while if due to long-term pressure it has undergone trophic changes the recovery is unpredictable, uncertain and usually incomplete.

Risks from surgery include bleeding, infection, and nerve injury. Some pain, swelling, and stiffness can be expected. Moderate palpitations are a common symptom for several months after surgery. Serious problems are rare. It is usually recommended to raise your hand and move your fingers after surgery. This helps minimize swelling and stiffness.

Dr. Ioannis Kontolatis' goal is to provide top orthopedic surgery services with dedication to Medicine and respect for man. 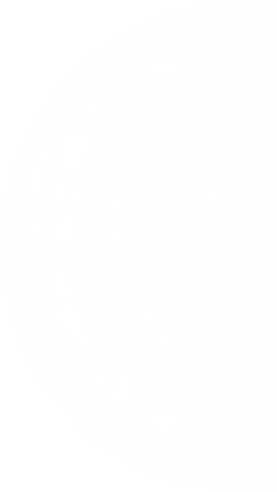